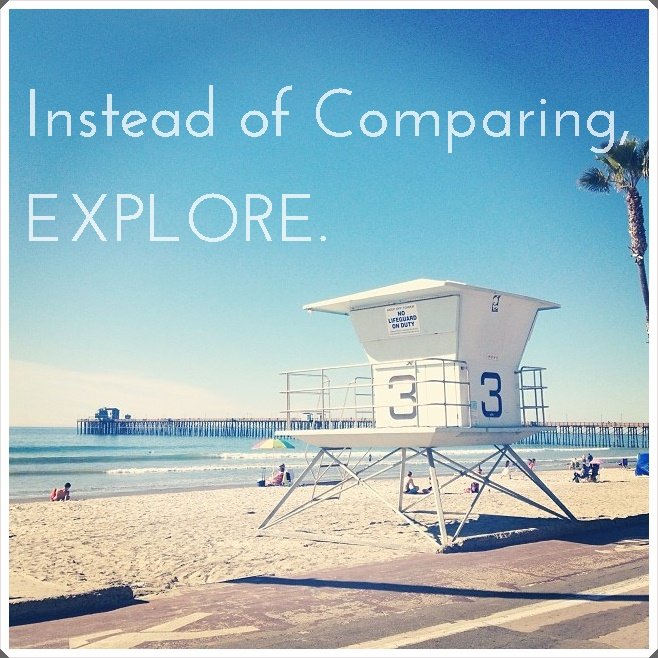 “I'm just not doing enough. I thought it would have already happened. I might be missing *something* because everyone else is doing so much better, faster.”

I hear this all the time, from Captains, clients, friends…and inside my own head.

If you read some blogs, it seems that everyone is always killing it. That they're making a lot, selling a lot, and generally rolling around in piles of money, while working on a beach.

Apparently, everyone in the world is measuring the success of their business in figures. And they're all large. And successful.
{Click to Tweet this!}

Perhaps I'm especially sensitive to this because in the last year of teaching Pay Yourself (a class about calculating profit) to a variety of artists + makers, I had the chance to dig into real numbers from real people.
And in every instance, the things that were not profitable were the things they didn't really want to do. They were only doing them because someone else did. Or someone “successful” said to.

So I've got this unique perspective. I see the loud claims of showy success and I see the real insides of some amazing creatives. I see what really works and what is supposed to work and doesn't.

But when you can't see the insides – when you're just you,  working away at making your dream real – all these “success stories” can wear you out, discourage you, or worst of all – kick off a new round of the comparison game, where you start measuring your success by everyone else's.

No matter how many times you tell yourself to ignore it, it can be discouraging. You forget that gross income (or, the money you take in) is not the same as net profit (the money you get to keep after paying all your expenses)…and most people are talking about their gross income. You can think that every month is a big blockbuster month for everyone and that no one else has slim (and fat) months.

(They do, they really do. In a recent Starship chat every single member present spoke up to encourage another and said: Yep, I've been there.)

All of this confusion about what's real + the non-stop comparison game going on in your head is why you won't hear me talking about “how to make six figures.” I'd rather help you explore where your profitability already is. I'd rather you  set a doable goal for the next three months and work towards that. I'd rather you explore what you want, so you can pursue it wholeheartedly. I'd rather connect you with other explorers who are real and encouraging and honest.

Because THAT is the real secret to how you get to those huge numbers – you slowly build to them step by step, by expanding on what's working and sustainably growing your capacity and your audience.

That's how you get the small successes that lead to the bigger picture.

It's not a sexy message, I know. But it's real and true and encouraging and full of so much HOPE. Your tomorrow can be different. If can be what you want, but you have to make it so*.

*A Captain Picard nod for my fellow geeks

Tomorrow I open Pay Yourself.
In it, we'll work with your real numbers to determine where the profitability is (and isn't) so you can laser-focus on the aspects of your business that support sustainable growth. It's not sexy, but it's gentle and encouraging and you only have to do math on ONE day. Registration opens tomorrow + it closes in just over a week, on February 21st. This is the last time I'll be holding it live online with a community of fellow explorers.

If you'd like to get real about your money, the downloadable class is available any time, right here!

If you'd like a sneak peek at how we'll talk about budgeting as a tool for earning more inside Pay Yourself, you can read my post here on OhMyHandmade.